The new Gedeo silicone moulds from Pebeo have been added to our range of craft products to compliment the exciting new resins introduced in the previous post. There are two moulds, one offering a selection of cabochon shapes and the other a variety of button shapes. These moulds are non-stick and can be used with various modelling materials. I was given a mould and a 7g packet of Art Clay Silver clay to test the button mould, and to use the precious silver clay for the very first time. Here is an opportunity to learn from my mistakes: 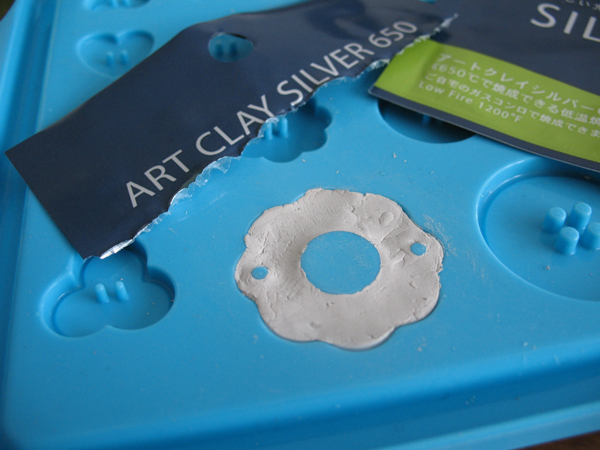 The mould is very soft and flexible. I chose the above button shape, and working quickly I pushed the freshly opened clay into the recess, making sure all the space was filled. The 7g of silver clay was exactly the right amount. The surface you can see is the underside of the button. This can be smoothed over with a wet finger tip. 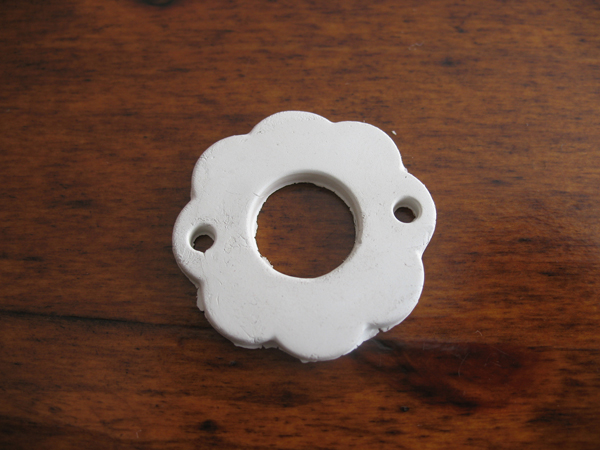 The Art Clay Silver is brittle before firing

The clay was left to dry thoroughly (24 hours in a dry place for this small piece) before I removed it from the flexible silicone. As the clay is brittle at this stage, I carefully used a fine file and an emery board to remove the excess clay. 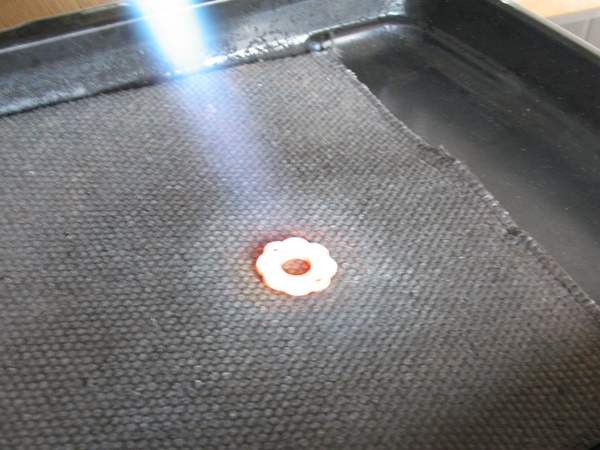 I have to admit that I was nervous about the next stage and recruited the services of my husband as an extra pair of hands. I used an old metal oven dish lined with a heat-resistant mat and gingerly lit the blowtorch. The flame was held at roughly a 45° angle and about 20cm away, I understand now that I could have gone as close as 7cm. The silver smoked a little as the binder burned off and eventually the alchemy took place – the button began to glow orange! After firing the item for a further minute, the blow torch was turned off and the button which had been a pale grey colour now had a bright white matt coating. 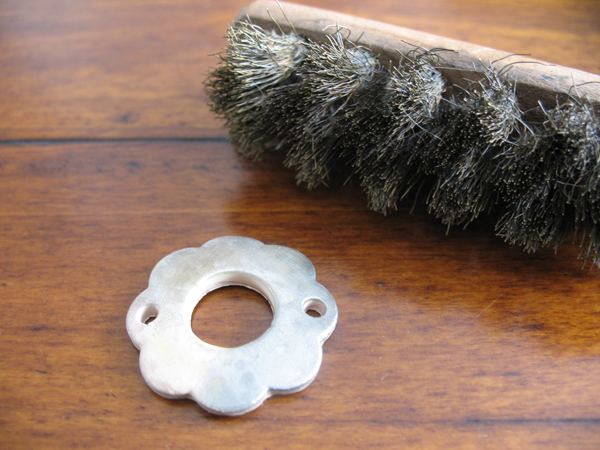 The white coating is brushed off

When the silver had cooled, I used a wire brush to remove the white coating. It came off very easily but the bristles may have slightly damaged the surface of the fired silver. I recommend using one of the smaller, finer brushes available from our website for a better finish and detailed work. 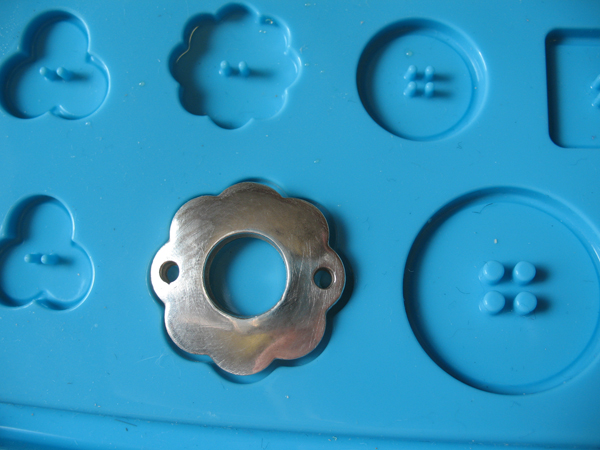 The fired silver has shrunk by approx. 8-9%

The next stage is to use a series of fine sand papers (from coarser to smoother) to make the surface smooth. I again was not armed with the best tools for the job. I used the fine side of an emery board. The foam sanding pads from the George Weil include 3 grits; superfine 320-600, ultrafine 800-1000 and micro-fine 1200-1500. It is essential to get a good finish on the surface of the silver before the final stage of burnishing.

Burnishing compacts and smooths the surface of the silver and gives a mirror like polish once all the scratches and burr have been removed. If you burnish over flaws these will become permanent. You need a hard smooth tool such as the agate tipped burnisher or the stainless steel burnisher. I started with the outer edge of the holes and worked my way across the surface. It took little effort and the mirror like surface (apart from the scratches I had made using the wrong tools!) satisfyingly emerged.

I have to say that I thoroughly enjoyed making the silver button and was surprised at how exciting I found the process. This is on my list to do again!