An inkle loom is ideal for learning about the technique of weaving. You can weave long strips of fabric which can be used as straps, belts, and decorative edgings. Our photographs are of the Schacht Inkle Loom. 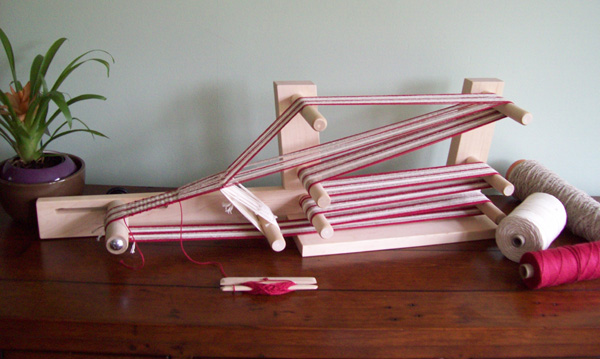 In woven fabrics, two sets of yarns cross perpendicular to one another. One set, known as the warp, is held taut on the loom. The weft set is woven over and under the suspended warp. Weaving with an inkle loom creates a warp-faced weave which means that the warp threads will show on the woven fabric, this is why three colours of warp yarn were chosen. 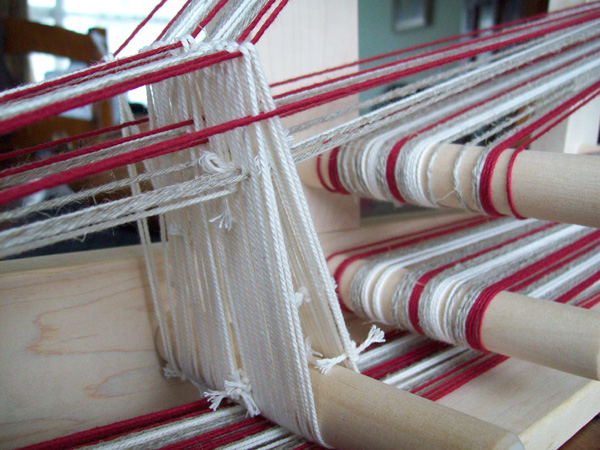 The warp is wrapped around all the pegs in a zig-zag, missing the top peg in every other circuit. A heddle (which is the knotted white yarn shown here in a near vertical position) is hooked over the first warp thread and then every other until all the warp is wound onto the loom. In this instance, the colour of warp is changed to another colour on every fourth pass. 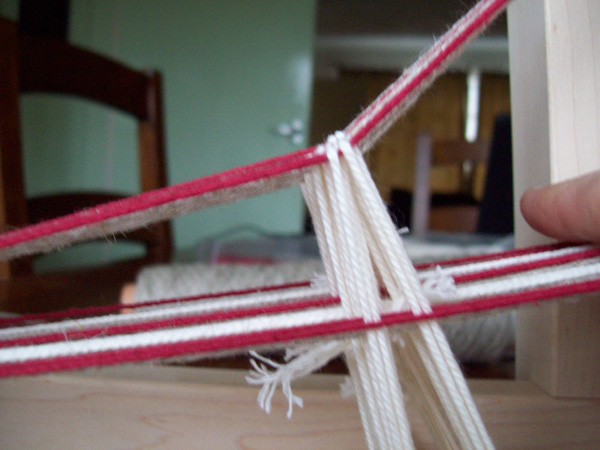 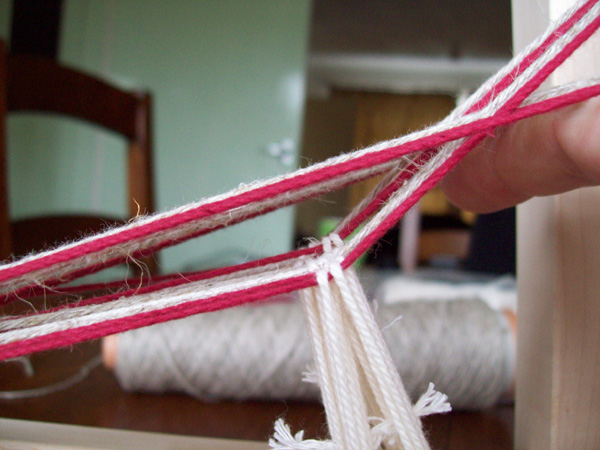 The two photographs above illustrate the purpose of the heddles. The heddles separate every other warp thread and when the warp is pushed downwards or upwards, a space called the shed is created. The shed is the space in which the shuttle passes taking the weft thread perpendicular to the warp threads. 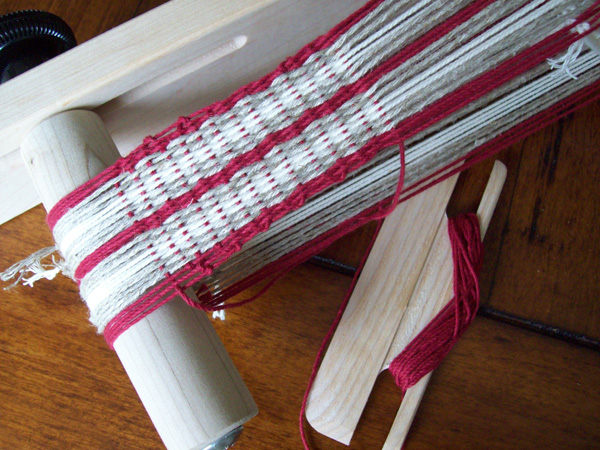 Weaving on the Inkle Loom

This is a beginners first attempt at weaving on the loom. It took about 8 rows to work out how to get the edge straight and the 10cm length of weaving was achieved in a matter of minutes. The belt shuttle was loaded with yarn on its narrow side in a figure of eight. The figure of eight unwinds easily when crossing from left to right though the shed. The wide, blade shaped side of the shuttle is used to beat the weft down and compact the weaving.

Once the accessible warp has been woven, the tension peg is loosened off and the continuous warp is moved forward. The woven fabric is taken around under the peg and out of the way.

Visit our Braiding Equipment section to view a range of inkle looms and braiding equipment.