Felt is created by agitating wool fibres until they mat together to form a non-woven fabric. The fibres can be laid flat on a surface or moulded around a former such as a hatshaper, cardboard or even a ball.

Most commercial felt is made in a dry process by simply tangling the fibres of almost any material. This is carried out with felting needles; each about 8cm long with a number of small tags on the needle surface to catch the fibres, driving them through the fibre mass. Commercially thousands of needles, set into a bed, are used in one machine, passed through the fibre bed many times.

These needles are available to hand felt makers to use in attaching fibres to the surface of felt, adding non-wools such as silk, applying felt designs, sculpting a surface and repairing weak felt. They can be used alone or set into a handle and used as a ‘bat’. They are used on dry fibres.

A felting needle is very sharp, with tiny notches cut near the tip of the shaft. They are cut at an upward angle, so that fibres catch in the notches, and carry into the mass. When the needle is retracted, the fibres stay in place.

Using a Felting Needle to Embellish

This tool is not suitable for children under the age of ten. If they occur, it is recommended that pricks are immediately washed and treated with antiseptic. 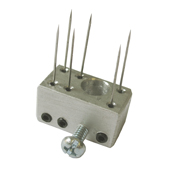 This useful item will help to take the effort out of making your own needle felt fabric. It can also be used to easily embellish fabrics with fibres, felted objects or yarns. 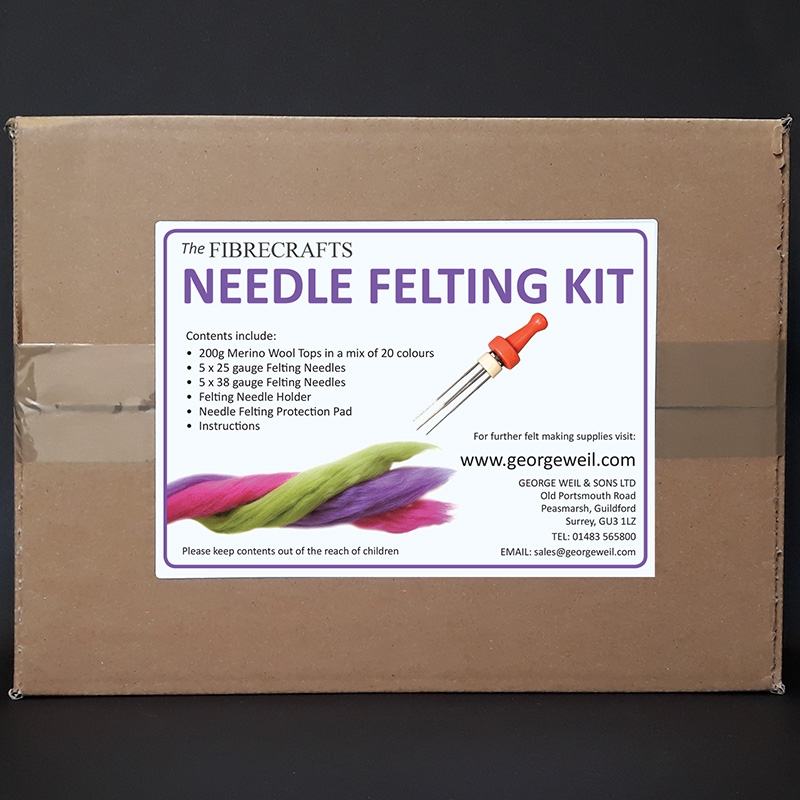 Get started with the Fibrecrafts Needle Felting Kit