Gedeo Siligum Mould Paste is a fast setting 2 part silicone moulding paste for moulding small objects with resin, polymer clay or Art Clay Silver clay. The silicone mould is smooth and flexible and can be used for over 50 casts. It is fast setting (5-10 minutes) and will replicate the smallest detail.

The silicone moulding putty is made by combining equal quantities of the white and blue putty and combining them together. 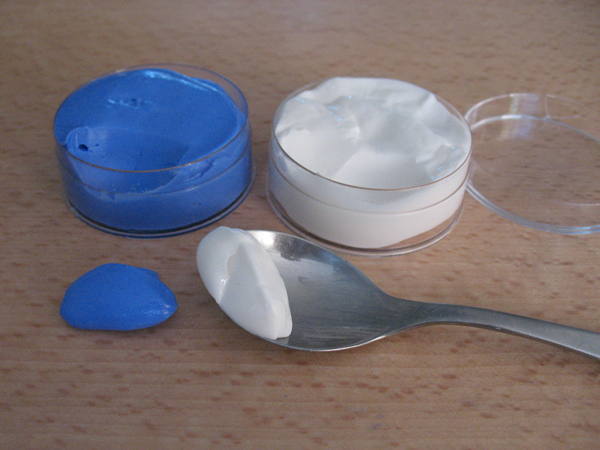 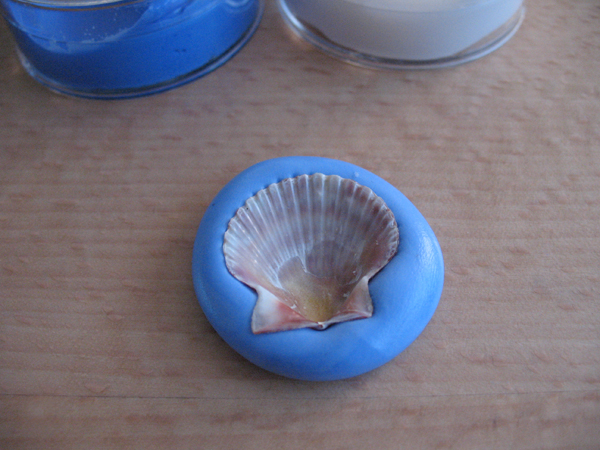 The moulding compound begins to set quite quickly so have your object ready. Push it into the soft putty ensuring it is properly covered. The putty can be used to make a mould of an entire object, remember that the object will have to be removed before the mould is filled with the modelling material (resin etc) so either leave a small gap or cut the set mould open with a sharp craft knife.

Siligum sets remarkably fast and the mould should be ready to use within 10 minutes. Give a little longer if a larger amount of the putty is used. 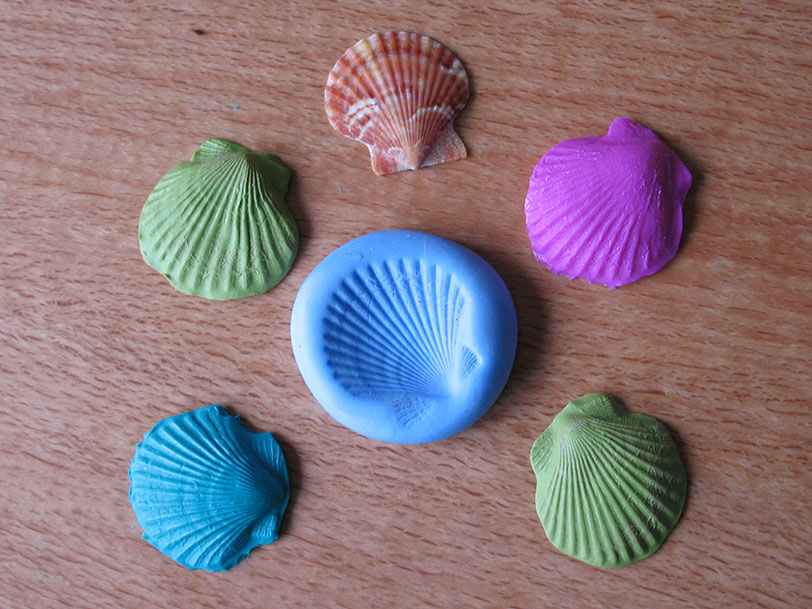 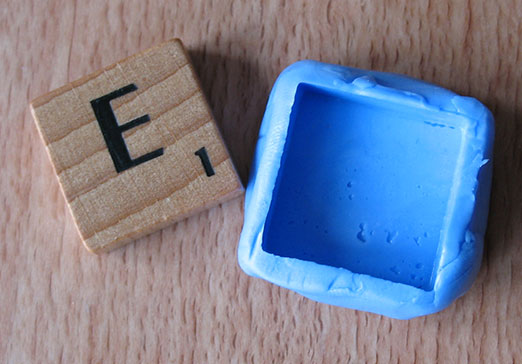 Gedeo recommend using Gedeo Demoulding Vaseline when using resin to cast an object. I used polymer clay which came away from the mould easily. As the mould is flexible, it can be bent and pulled away from the modelled object without distorting it. Moulds can be rinsed off and used up to 50 times before breaking down.

The Siligum Moulding Putty can also be useful for replacing broken or missing objects from around the home. I used some of the putty to mould the shape of a Scrabble piece with the intention of replacing some of those missing letters. POYMER CAY will do just the job!

See our range of Moulding equipment to learn more about this fun technique!