How a Dobby Loom Works

A dobby weaving loom has a dobby mechanism, which is used to program the harness combinations for the weave pattern. Dobby is short for â€œdraw boyâ€ which refers to the weavers helper who controlled the warp thread by pulling on draw threads. The dobby mechanism replaces the treadle/lam combination of the traditional floor looms. The performance of a multi-harness loom is vastly improved by using a dobby mechanism, as it overcomes the major problems associated with the use of a large number of treadles. 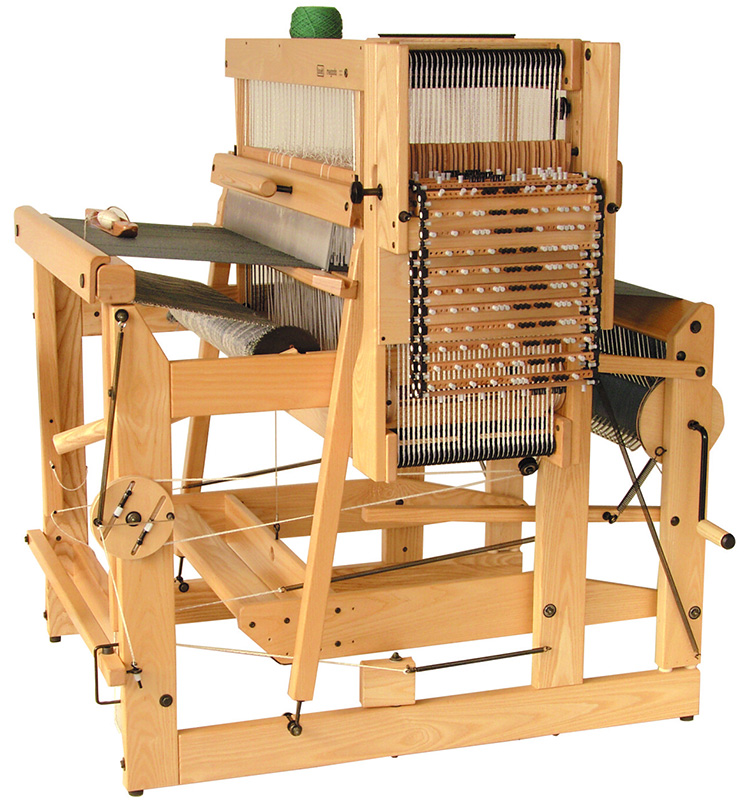 A dobby loom allows you to select the combination of harnesses for every shed opening you wish to make. The great advantage of a dobby loom is that it avoids the necessity and the labour involved in making multiple tie-ups to treadles positioned underneath a loom. An investment in a Lout dobby ensures many years of comfortable and productive weaving.

The electronic dobby will give you almost unlimited harness combinations using a computer and software from Fiberworks PCW, Patternland, Weavemaker, Weave It, WeavePoint or Pro Weave, which all work with the Louet electronic interface. The weaving pattern you design is saved in Weaving Interchange Format (WIF) and this is interpreted by the Louet Dobby to move the shafts on the loom. 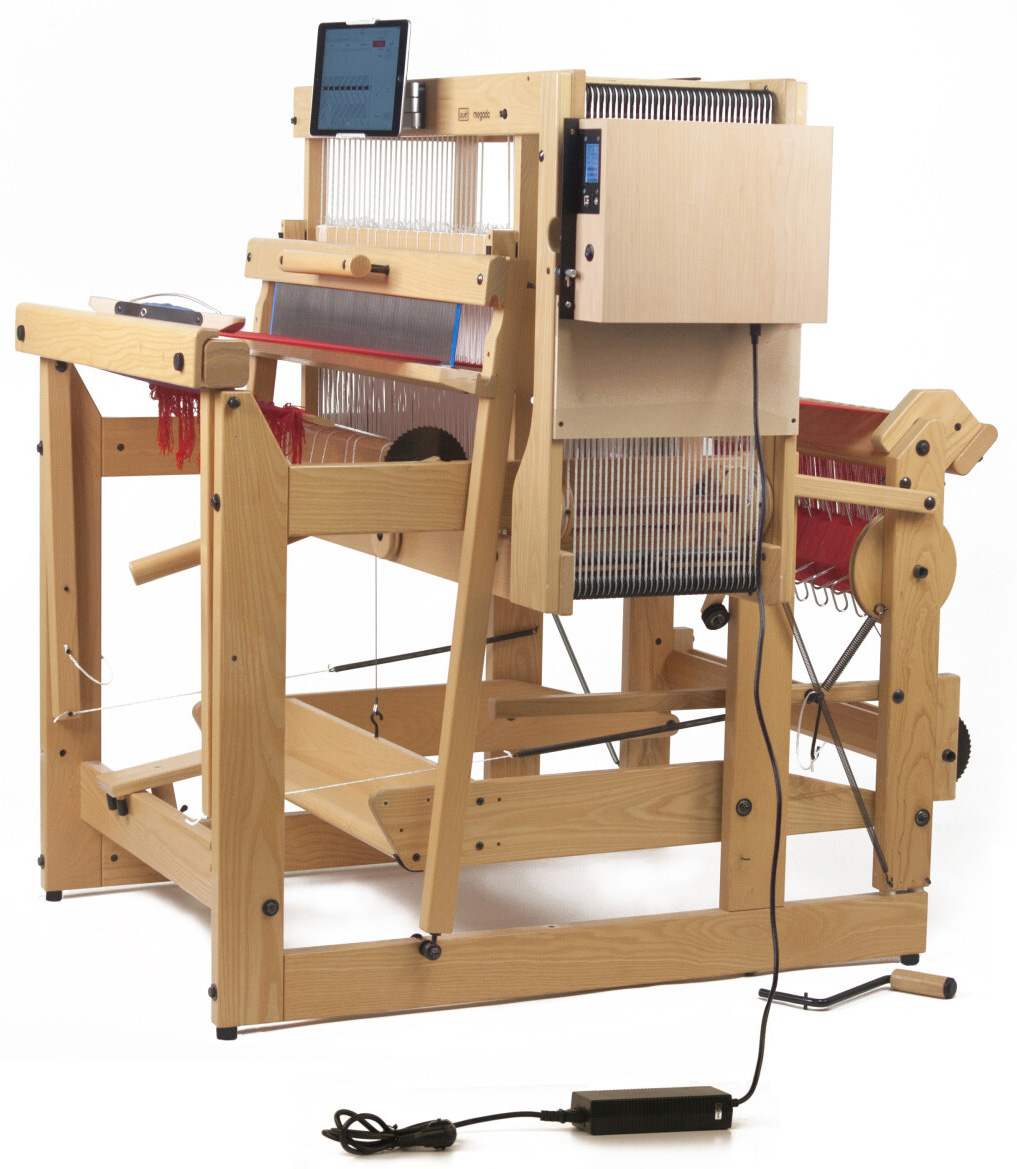 The new electronic dobby device for the Louet Megado Electronic Dobby loom can now be connected via wifi. You can design your own weave patterns and connect to the Dobby 2 software using your wifi. The Dobby 2 interface supports both PC and MacIntosh operating platforms.

The photograph below shows a weave pattern designed with weaving software on a laptop. The WIF file is accessed via wifi between the laptop and the electronic Dobby.

Both Octado and Megado looms feature a countermarch shed. This is accomplished by raising the back beam at the same time as the shafts are being raised. The beam movement also compensates for changes in warp tension as the shed is made. An innovative construction ensures the action of the well balanced pedal to be very light in operation. This main pedal and also the optional weaving bench are adjustable in height to accommodate the weavers physical requirements.

As with the Louet Delta and Spring weaving looms, Octado and Megado have the Louet sprung breast beam, a unique warp tension control system, which allows the weaver to set and check the warp tension each time the warp is advanced.

These innovative design features give the Octado and Megado looms an indisputable advantage over other competitive products. No other multi-harness loom treadles as lightly to making a large shed, even with a very high tension on the warp.

Want to know more? Louet have included this useful guide for choosing the best dobby weaving loom for your needs.