Sculpey UltraLight polymer clay is exactly what it says – an ultralight clay that can be used in so many brilliant ways. It is perfect for making things just like this snowman mobile! 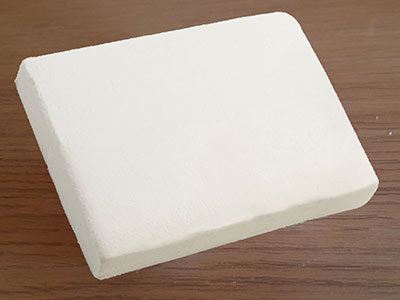 The simple snowmen were made by rolling Sculpey UltraLight into a log and dividing it into five equal parts. Two parts were used to roll the head into a ball and the remaining three parts were rolled into a ball to make the body. 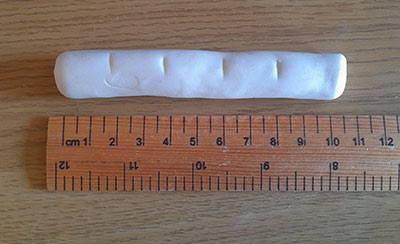 The balls were then pierced using a darning needle, taking care not to distort the shape of the balls. 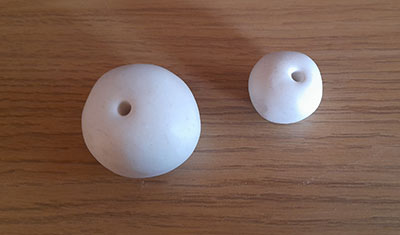 The snowmen were all given tiny balls of black polymer clay* to make the eyes and buttons and a carrot made from orange polymer clay*. Then each of the snowman was then given its own personality by adding a polymer clay* flat cap, bow-tie and twig arms!

The UltraLight clay was then baked as per the product instructions and allowed to cool before stringing the head onto the body. 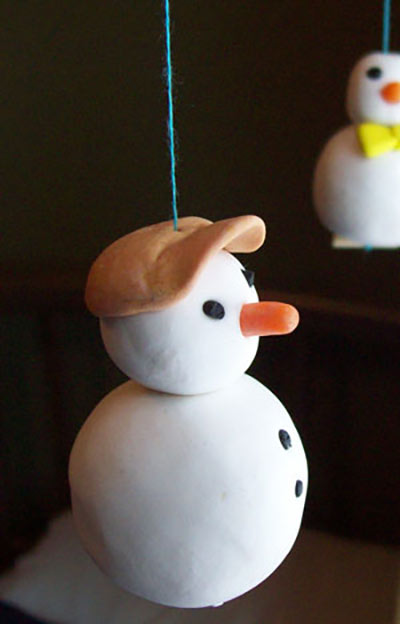 Note: Unbaked polymer clay usually has a good bond with other pieces of unbaked polymer clay and tends to meld during the baking process. Due to the different recipe for UltraLight, the *Sculpey Premo did not stick as successfully. The eyes and buttons remained affixed after baking but some of the larger elements became loose. This was easily remedied by gluing them in with PVA glue.