Acid dyes provide a simple dye system for use with wool, animal fibres and nylon. They give a brighter colour on silk than Procion MX Fibre Reactive Dyes. They can be used to dye fur, feathers, soya bean fibre, angora, cashmere but are not effective on synthetics, other than nylon. There are a range of names, both historic and current for these dyes, and they are now commonly known simply as the ‘Acid Dyes’, which is somewhat inappropriate as they do not contain acid!

The dyes can be used effectively from a stock solution for painting on silk and are then set with steam. Iron-fix silk paints are made from tiny particles of pigment which sit on the surface of the silk. Dyes, however, penetrate the fibres of the silk and retain the suppleness and reflective qualities of the silk fabric. 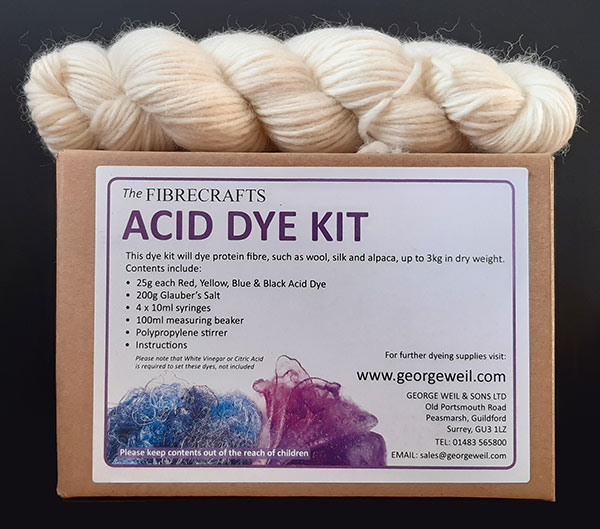