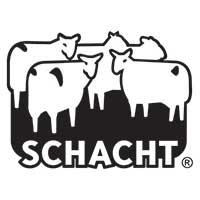 Schacht Spindle Company, Inc. was founded in the late 1960’s responding to the growing craft movement beginning with a commission to make 200 hand spindles. The Schacht first loom was a portable tapestry loom, a version of which is still made today.

Sales and the product range grew until in 1985 Schacht built a factory in Boulder. This now covers 35,000 sq foot employing 25 skilled craftsmen making them one of the world’s leading makers of hand weaving looms and spinning wheels.

The range of Schacht designed spinning wheels extend from the Ladybug through the Sidekick to the Matchless. The Ladybug is the entry-level wheel which is easy to pick up and transport. The Sidekick is Schacht’s newest spinning wheel with a unique design which folds easily for portability. The Matchless spinning wheel is the most responsive wheel available today and comes with single treadle or double treadle action along with a wide range of options and accessories.

The Schacht folding looms have four or eight shafts and began with the Baby Wolf, capable of weaving 60cm fabric. It was designed and engineered with all the advantages of portability, maintaining the best jack loom features and can be folded down to 45cm deep. The Mighty Wolf has a weaving width of 90cm and all the same benefits of compactness and robustness. Most recently the Wolf Pup was developed with a 45cm width also with 4 or 8 shafts and a direct tie-up system.

Schacht weaving and spinning accessories are also well designed for use, including a range of boat shuttles from 20cm to 38cm and two sizes of end delivery shuttles. Spinners are offered a range of whorls to extend the yarn styles which can be spun, as well as a gauge to help manage their year production. 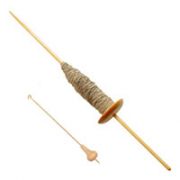 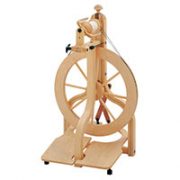 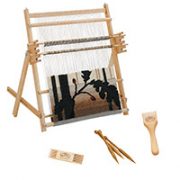 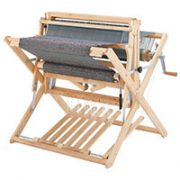 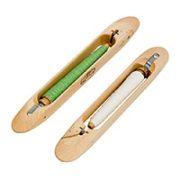