Choose from this extensive selection of quality fibres for hand spinning, felt making or paper making; offered alongside the tools for preparing your fibre – hand carders, drum carders and combs.

Here is the place to buy silk and wool fibres for creating your own hand spun yarns, colourful felted items, and fused silk paper. The white and cream fibres can be dyed to any colour using Acid Dyes for protein fibres such as wool, silk or mohair, or Procion MX fibre reactive dyes for cellulose plant fibres such as cotton, flax and bamboo.

The natural wool fibres include roving from sheep breeds such as Herdwick, Wensleydale, Cheviot and Jacob and many of these are offered in more than one natural colour, such as the Bluefaced Leicester which you can buy in dark grey, oatmeal or white, and the Shetland wool top which is available in four colour choices. Each of these valuable wool fibres has different properties – the Shetland is a fine wool with a medium staple and will spin to a soft open woollen yarn, while Devon Longwool top is a strong fibre, has good lustre and a long staple for spinning a rug yarn.

The intention of carding fibre is so that the fibres run in the same direction, or to blend two different types or colours of fibre, ready for spinning or felt making. Hand carders are made from two ‘paddles’ covered with a pin cloth on one side. The evenly spaced pins interlock when the carders are held face to face so that any fibre between them is combed as the the carders are pulled across each other. Often, the carder that is held in the non-dominant hand rests on the users leg while the carder in the dominant hand is pulled across the brush.

A drum carder works on the same principle, fibres are fed between two drums covered with pin clothing and as the drums rotate in different directions the fibre is pulled between the combs. The larger of the drums is rotated by turning a handle at the side of the drum carder and the batt of carded fibre is removed from the drum using a doffer. The Howard Brush Tri Drum Carder incorporates a third drum, the advantage being that it takes on half as much turning to produce the same sized batt. 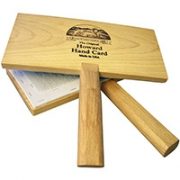 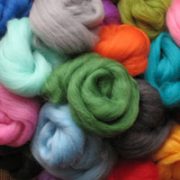 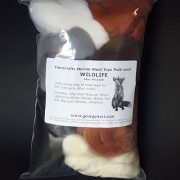 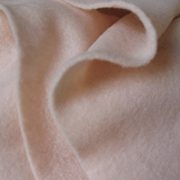 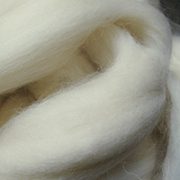 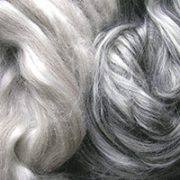 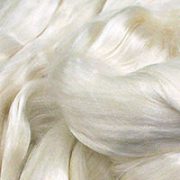 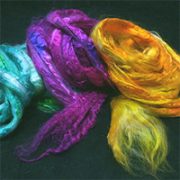 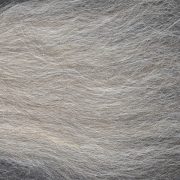 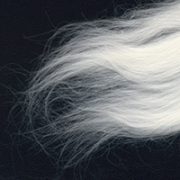