A selection of tools for creating work in batik.  We included here a thermostatically controlled wax pot for melting the wax to use as a resist in batik. The wax pot keeps the fluid melted wax at a constant temperature so that it can be applied using a tjanting, paint brush or printing block. A tjanting is made up of a small metal or brass bowl with a thin spout attached to a handle.

To use the tjanting, the melted wax needs to be deep enough to submerge the bowl so that it fills up with the heated wax. The Tixor wax pot has recesses around the rim so that the handle of the tjanting can rest safely and not fall into the wax. The wax is applied from the tjanting through the spout and will provide an even flow while the wax stays moulten. When the wax cools it will stop flowing through the spout and returning the tjanting to the wax pot will reheat the wax for further applications. See our range of waxes for Batik.

George Weil sell a selection of waxes which can be removed from fabric using Wax-Out! Soy wax is also available and is a non-oil based alternative to petroleum based waxes which can be washed out of the fabric using synthrapol. There are also a large choice of dyes and fluid paints which can be used for batik and the Procion MX dyes, which need only cold water, can be used on a wide range of fabrics and will not melt the wax resist. There is also the choice of indigo and natural dyes. 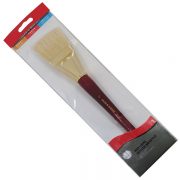 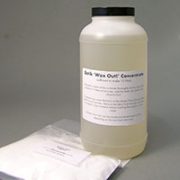 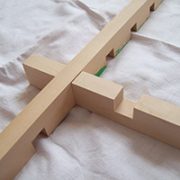 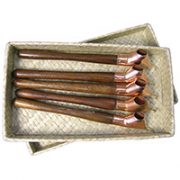