Weaving shuttles hold the weft yarn which is the yarn woven perpendicular to the warp yarn. Their design allows the weaver to pass the yarn uninhibited through the open shed.

Stick Shuttle: Stick shuttles are a cost effective option for small looms and weaves. They are made from narrow lengths of wood with wide notches at either end. The yarn is secured at one side of a notch and wound in a figure of eight along one side of the shuttle before repeating on the other side of the shuttle, and then from top to bottom until it is fully loaded.

Inkle/Belt Shuttle: Similar to a Stick Shuttle, a Belt Shuttle has a bevelled edge down one side. This edge is kept free of yarn and is used to beat down the weft on and Inkle Loom as it is woven.

Ski Shuttle: Usually quite large, the Ski Shuttle is designed to take medium to heavy yarns for weaving rugs on a loom, they work best where the loom provides a wide shed. The yarn is wrapped horizontally around the top of the ski which leaves the smooth bottom to slide across the warp. These large shuttles can hold much more weft than a boat shuttle and are appropriate for weaving with thick wefts and for weaving rugs.

Rug Shuttle: Like the Ski Shuttle, the Rug Shuttle is designed to take medium to heavy yarns for rug weaving on a loom with a large shed. A smaller length of wood is sandwiched between two larger lengths of wood with smooth beak shaped ends. The yarn is wound around the centre of the sandwich, allowing the weaver to use the shuttle either way up.

Boat Shuttle: These shuttles look similar to a hollowed out canoe, hence their name. Attached to one end of the opening is a hinged shaft so that a bobbin, wound with yarn, can be slipped onto it and snapped into place. The bobbin rotates as the weft yarn is fed into the weaving. Variations on the design include an open bottom Boat Shuttle which has an opening all the way through the centre of the shuttle and a closed bottom Boat Shuttle which has a ‘floor’, there are Double Boat Shuttles which take two loaded bobbins for weaving with two different weft threads, and Roller Boat Shuttles which incorporate wheels inset into the bottom for smoother operation.

End Feed Shuttle: End Feed Shuttles look very similar to Boat Shuttles. Instead of a free spinning bobbin, the shaft is loaded with a pirn which remains stationary. As the yarn comes off the end of the pirn it then goes through a set of tension pads which feed the weft from the shuttle at a constant tension. The yarn unwinds while the shuttle is in motion and stops unwinding when the shuttle stops. 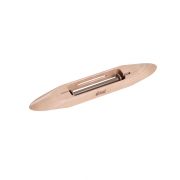 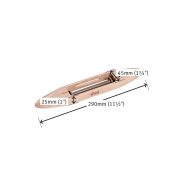 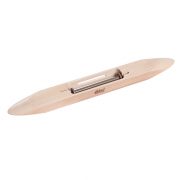 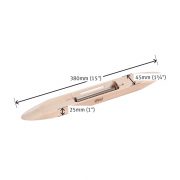 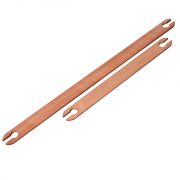 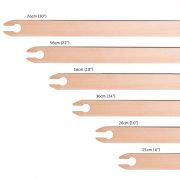 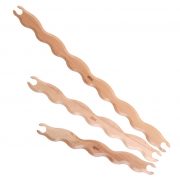 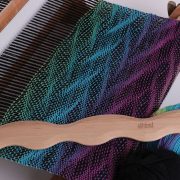 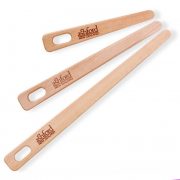 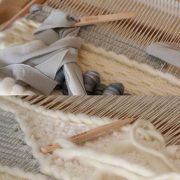 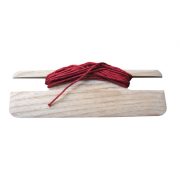 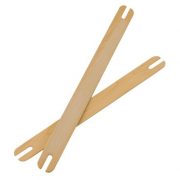 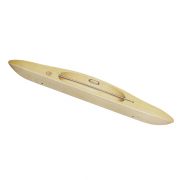 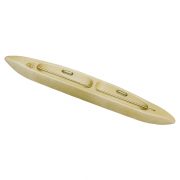 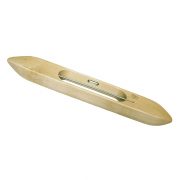 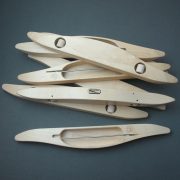 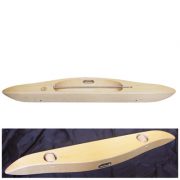 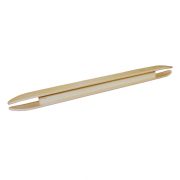 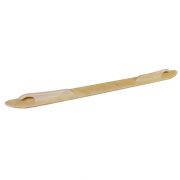 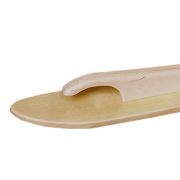 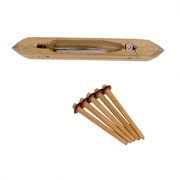 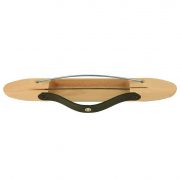 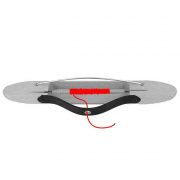 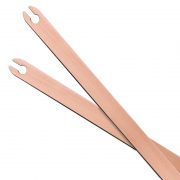