Most polymer clay manufacturers offer effects clays such as pearlescent, glitter and translucent. There are also a number of materials which can be used to add effects to the clays including foils, mica powders such as Jacquard Pearl-Ex, resins and liquid clays. These are perfect for jewellery making. 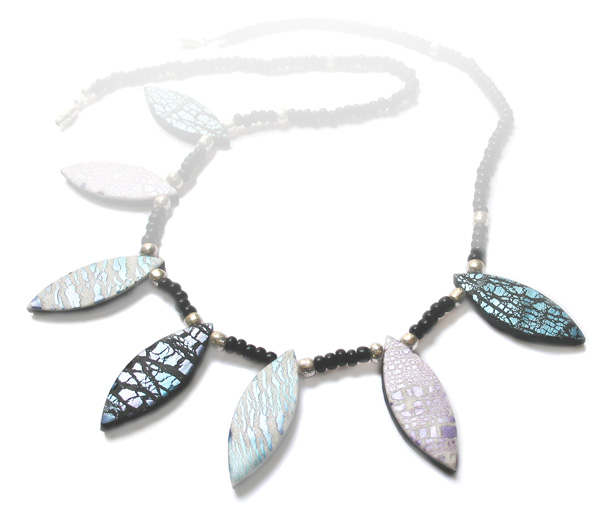 Sue Heaser’s necklace (above) was made by first rolling out black clay and placing a layer of metal leaf onto the clay before rolling the clay again to fracture the metal leaf. A leaf shaped cutter was then used to cut out the decorative beads. When the beads had been baked, a coat of varnish was applied over the foil to seal it and make the jewellery more durable.

Here we show how some of the Jacquard Pearl-Ex colours are very effective when use on the surface of clay. Three of the interference colours have been brushed over the surface of the black polymer clay. When baked, the Pearl-Ex is made permanent with a coat of varnish or Magic-Glos. 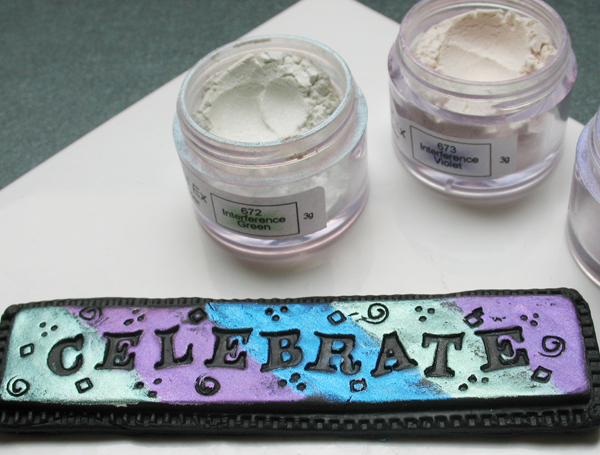 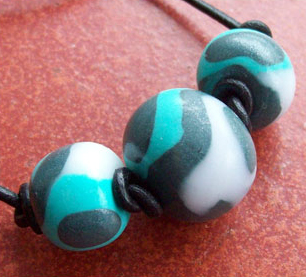 The liquid polymer clays which include FIMO Liquid clay and Translucent Liquid Sculpey can be used for image transfer or there are Lisa Pavelka’s waterslide transfer sheets which come either blank for home printing or with a selection of images such as the one featured in this necklace designed by Lisa. 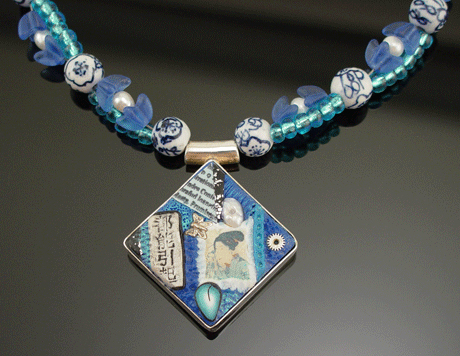 For other ways of decorating or colouring clays, experiment with anything that will withstand the temperature of your oven at 130°C. Use tea leaves, dried herbs, or sand but take care not to add anything that will give out toxic fumes.